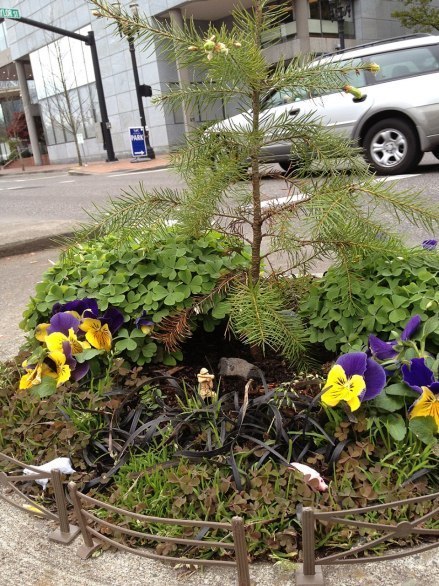 If there were a park smaller than Portland's Mill Ends Park, it'd have to be a single blade of grass. The park is the creation of Oregon Journal reporter Dick Fagan, who decided to plant flowers in a hole that was originally intended for a light pole that never arrived. He dedicated the park on St. Patrick's Day in 1948, and claimed it was home to "only leprechaun colony west of Ireland."

Not everyone is in agreement about Mill Ends' title, though. Earlier this year, event organizers of "the shortest fun run" in the UK called it a "glorified flower pot" and said the site of their event—Prince's Park in Burntwood—should claim the record instead. At 34 square meters, it's at least big enough for three trees (named Faith, Hope, and Charity) and a bench, making it a little more park-like. Portlanders needn't worry too much: According to John Smith, Greens & Open Spaces Strategic Manager of the Lichfield District Council, "The council has no ambition to challenge the title of the World’s Smallest Park and is pleased to be the record holder of Britain’s Smallest Park." 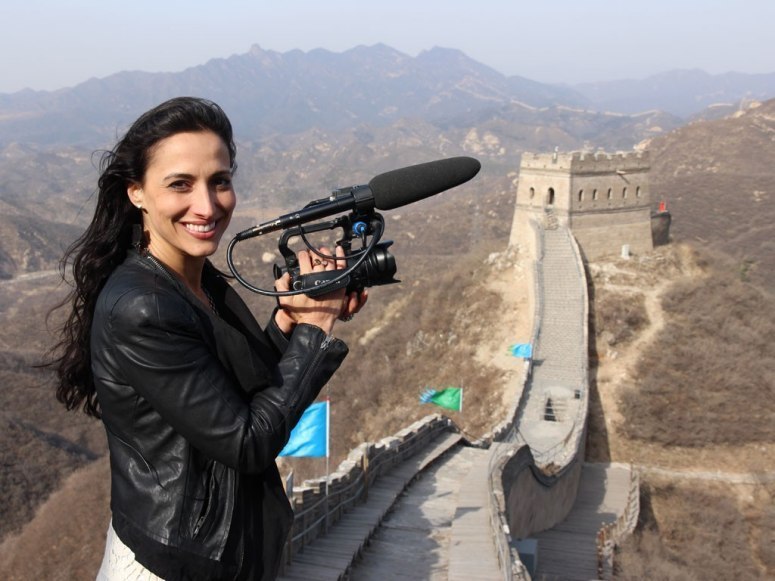 
What happened after you completed the job? Did you want to stay in a related field? "I am a professional musician (electric violin), and, between tours, I have also been doing a lot of hosting work. I recently appeared on a pilot for the Travel Channel called Destination Showdown. I was hired again by Viator to film for two months in Asia and Australia this past year, which was also incredible. I even started a travel blog to start recording my journeys."
Click through to see the full slideshow at the website of the Condé Nast Traveler.
Download Marisa_LaScala_-_Fall_Getaways_2013.pdf

I contributed three destination reviews for our annual cover story on fall getaways. You can download the PDF, or read it online here. 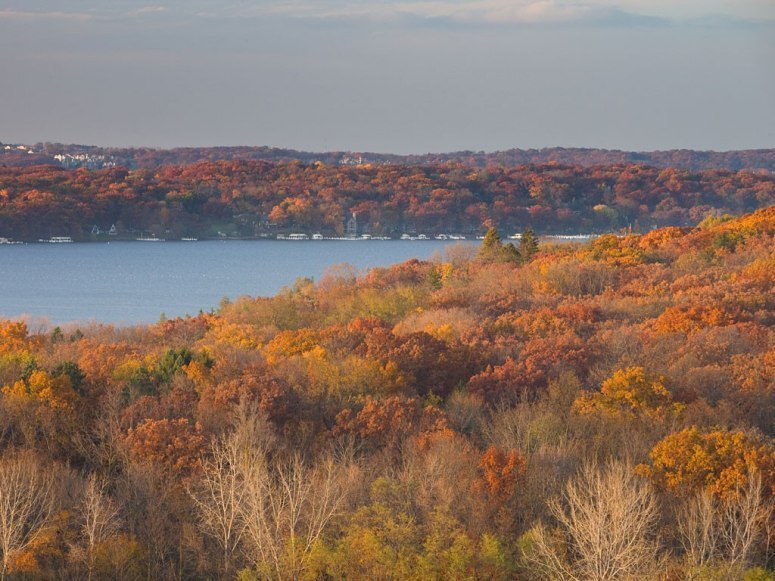 This article was posted last year, but updated this year with a couple of Midwest destinations sprinkled in.

The Best Fall Foliage in the U.S.

When to go: Second week of October

Why go: In general, leaf-peepers in the Midwest don't have to contend with the same kinds of crowds that they do in the Northeast. "I tend to think that the entire region is rather underrated," says Marek D. Rzonca of the Foliage Network. "Historically, when people think of fall foliage, they think of the Northeast and New England. That thinking is not without merit, as the displays in much of the Northeast are spectacular, but the Midwest has its gems as well. Wisconsin has grown in popularity, at least on our site." Danielle Johnson, from the Wisconsin Department of Tourism, calls the small resort town of Lake Geneva a "hidden gem for fall color" in Wisconsin. "Crowds die down in the fall," she says, "making it the perfect time to visit."

Where to get the best view: The Lake Geneva Shorepath Walk. The 21-mile trek gives you plenty of opportunities to see the fall colors set against the lake—and, as a bonus, it'll also take you through the backyards of historic mansions. Johnson says the town owes its popularity to the Chicago fire. "Wealthy Chicagoans fled to their second homes in Lake Geneva after the fire and made them their new homes," she says. This includes a number of properties that once belonged to the prominent Wrigley family. (Black Point Estate is the only one currently open to tours.)

Insider tip: Not content to look at those leaves from the ground? Lake Geneva Canopy Tours can take you much, much closer on a 2.5-hour tour through ziplines in the trees. 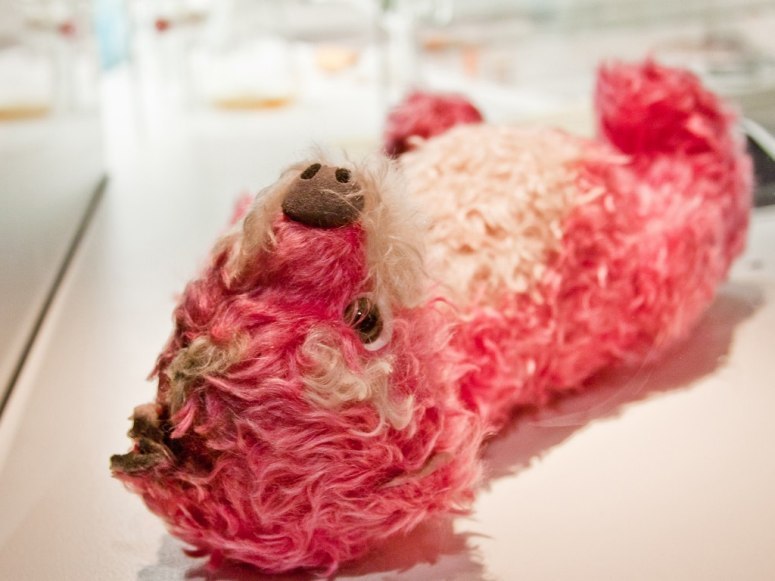 From its Breaking Bad exhibit to its vintage arcade and console games, the Museum of the Moving Image in Astoria, Queens, is one of the coolest museums in New York City. Here's why you need to visit ASAP.

REASON ONE: THE BREAKING BAD EXHIBITION
Admit it. While worrying about how the saga of Walter White will play out in its final season, you've pored over every frame of old Breaking Bad episodes, looking for clues to how it will all end. MoMI understands—and celebrates—your attention to detail. In its Breaking Bad-centric exhibition, the Museum lets you get a closer look at the props, costumes, color schemes, and other behind-the-scenes material that show White's narrative arc. "Our exhibition is all about process," says David Schwartz, the museum's chief curator. "We want to show what they do physically to bring about the transformation in Walter White."

Photo by Sam Suddaby/Museum of the Moving Image 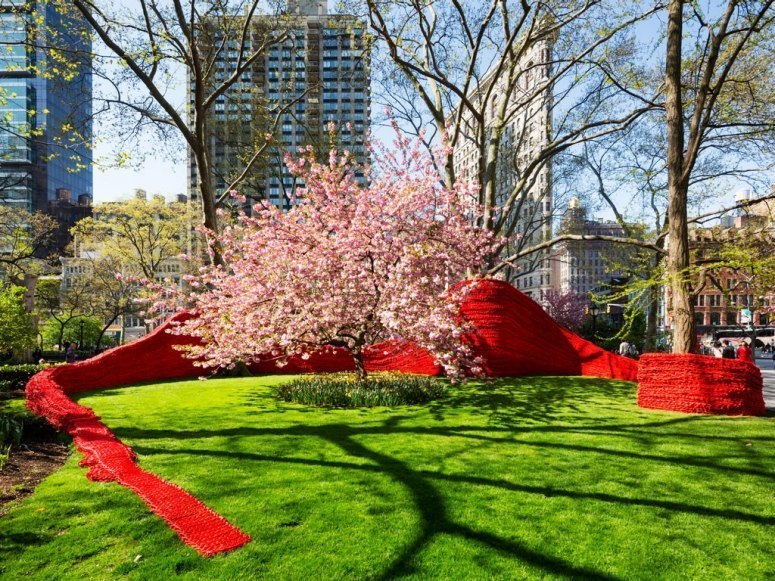 For the website of the Condé Nast Traveler, I put together a slideshow of the free, public art on view this summer in NYC.

Undulating swirls of primary colors envelop the trees of Madison Square Park, courtesy of local artist Orly Genger and Madison Square Park Conservancy's Mad. Sq. Art program. Genger used 1.4 million feet of knotted rope for the project, some of it collected by lobster fishermen along the East Coast for reuse. When the installation has finished its run in Madison Square Park in early September, it will be shipped off and reassembled at the deCordova Sculpture Park and Museum in Massachusetts. 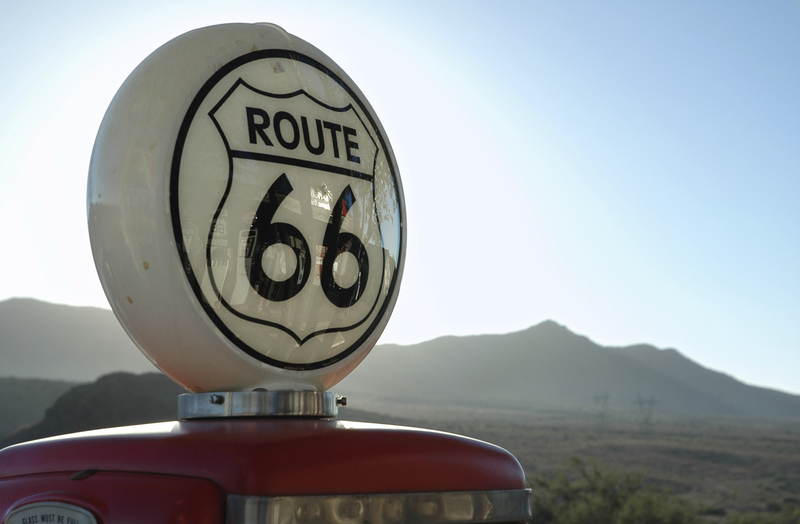 The Huffington Post ﻿has syndicated my story about classic American road trips from The Condé Nast Traveler--getting a little bit more, ahem, mileage out of it. 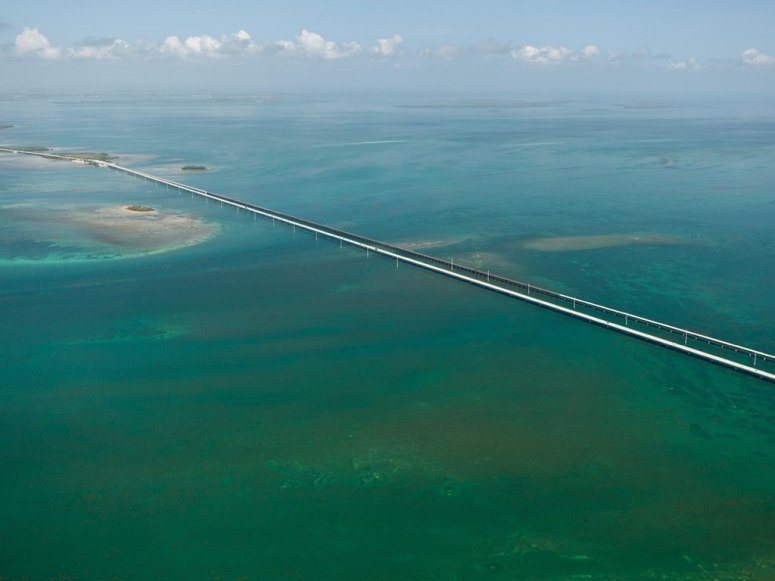 With the price of gas trending downward, there's no better time to jump in the car, put the top down, and head out for a drive. Here, we have ten itineraries for some of the country's most classic road trips.

What you'll see: Water, and plenty of it. You might not be able to walk on water, but with this strip of road traveling across the Florida Keys, connected by 42 bridges, you'll feel like you can drive on it. Instead of grass and pines, you'll whiz by seascapes and palm trees. The Overseas Highway is also a good complement to the Maine Coast, as it's the extreme opposite end of Route 1.

Cultural stop: At the Dolphin Research Center in Grassy Key, you can meet dolphins and California sea lions and watch as trainers teach them new tricks—then head to the indoor, air-conditioned theater for educational presentations about the animals.

Roadside attraction: The famous Seven Mile Bridge connects Marathon to Little Duck key, with stunning ocean views the whole way. But if driving past just won't do, here's a good place to park the car and get out to walk or bike. The first Seven Mile Bridge—which was used by trains, not cars, until a hurricane wiped out huge swaths of the tracks in the mid '30s—is now part of the Florida Keys Overseas Heritage Trail and recognized by the National Register of Historic Places. Now closed to most cars, it's a good place to try and catch a sunset.

Grab a bite: A stop at the Holiday Isle Tiki Bar is almost obligatory when traveling through the Florida Keys. It has all of the grass-hut décor you'd expect from a tiki bar, but what sets it apart is that it claims to have invented the Rum Runner cocktail (made with banana liqueur, Meyers rum, brandy, and grenadine). After a couple, you won't care if it's true or not. 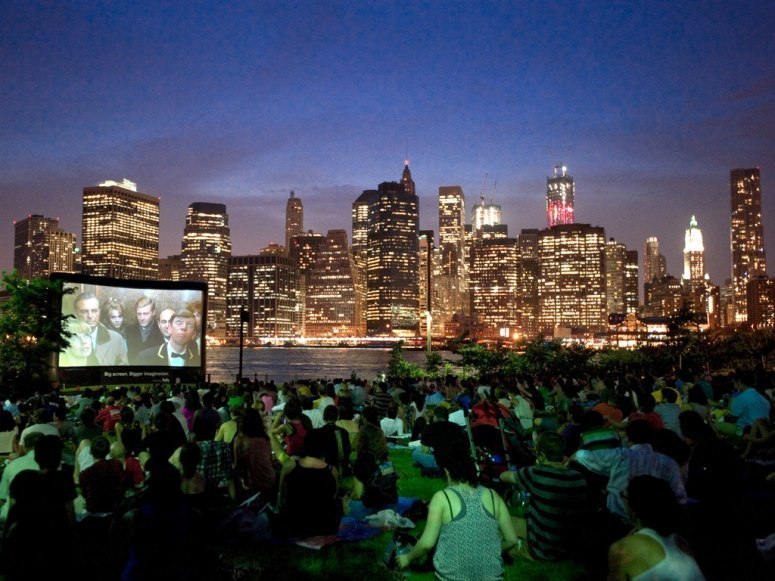 Where to See Free, Outdoor Films in NYC


Films: There's a loose globe-hopping theme, with each movie in the lineup showcasing a different city.

FYI: Since this movie spot is set right on the water by the Brooklyn Bridge, the gorgeous views of the Manhattan skyline might distract you from the movie.

Click through to see the rest of the slideshow on the website of the Condé Nast Traveler.
Photo courtesy of Brooklyn Bridge Park

You may recall my piece on the wackiest travel accessories from the Condé Nast Traveler﻿. That article is now syndicated on ﻿The Huffington Post.﻿