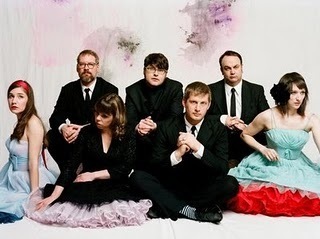 The Decemberists @ Radio City Music Hall"The looming deadline for the show's end only inspired The Decemberists to perform two ultra-compact sets. For the first, the band played its newest album, The Hazards of Love, in its entirety. Since Hazards is an ambitious prog-rock opera, this doesn't leave much room for screwing around to begin with. Yet the band managed to somehow make it even sharper, playing through the entire album without taking breaks between songs."Art Brut @ The Mercury Lounge"Britain's Art Brut has started the musical equivalent of the slow-food movement—call it the slow-tour movement. Instead of rushing through a multi-city American tour as quickly as possible or, as is more common with British bands, playing just a handful of token dates on the East and West Coasts (thanks, Radiohead), Art Brut is taking its time."