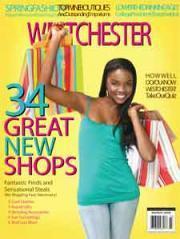 It's been busy, so I'm catching up now on the February and March issues.34 Sensational New Stores
A round-up of the new shops that have opened in the past years: "So many wind chimes and doodads hang from the ceiling and so many picture frames and plaques hang on the walls that you probably can find a gift for your next occasion without even looking on the shelves (which are also full of items)."Factory Master
An article about two concurrent Andy Warhol exhibitions: "'Andy Warhol is often talked about as if he has no explicit content,' says Thom Collins, the museum’s director. 'He’s known for his riffs on American commodity culture, and he plays with the idea of celebrity, but mostly he’s talked about as being very superficial. They say you don’t see any of his interests, his concerns, or himself in his work. These two exhibitions tell a new story about Warhol and attempt to reintroduce him as more substantive than was previously thought.'”Culture, Etc. (February)
Loudon Wainwright, Ladysmith Black Mambazo, and more.Culture, Etc. (March)
Roy Lichtenstein, Art Garfunkel, Lesley Gore, and more.Home Theater (February)
Snow Angels, Reprise, and Frozen River.Home Theater (March)
Quantum of Solace, Rachel Getting Married, Let the Right One In, and Andy Richter Controls the Universe.And a couple articles I've assigned:Homemade Jams
Local blues jams in the area.Straight Shooting
An unusual hobby described as "golf with guns."