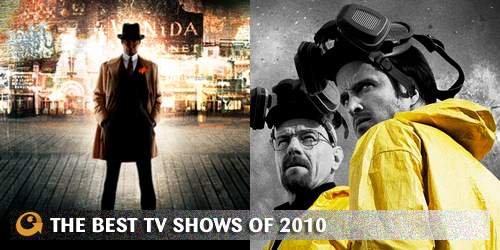 "Justified is ostensibly the story of Raylan Givens (Timothy Olyphant), a U.S. Marshal transferred from glitzy Miami to his home town in eastern Kentucky after a (justified) shooting of a criminal. But it’s Givens’ chief antagonist in Kentucky, Boyd Crowder (Walton Goggins), who really runs away with the series. Taken from the textured world of Elmore Leonard’s short stories, there are few characters like Crowder on television. He’s certainly the villain, but one whose motivations are constantly hazy: Is he sincere and delusional, or faking it and sly?  Puzzling it out is the main pleasure in watching the first season of Justified. Of course, it doesn’t hurt that, while pursuing Crowder, Givens sure looks great in a cowboy hat."You can read the rest of the list by clicking through to PopMatters.