Best of the Decade
An editorial feature package—edited by me and written with other editorial staffers—about the best county institutions that have been in business since the magazine was founded ten years ago. "One decade. Ten years of tireless research, experimentation, and reporting. Year after year, we scout out the most superlative offerings in Westchester County for our annual 'Best of Westchester' issue. Now, we’ve undertaken the enormous task of reviewing all of our previous editors' picks, distilling them down to the absolutely essential—the most stupendous, the most stunning, the most delicious, the most thrilling, the most dazzling—to bring you the 'Best of the Decade.' Think of it as the Best of the Best of Westchester."

Then & Now
A feature about how the county has changed in the past ten years: "Where do you go when, on a warm and breezy day, you want to have a drink or a bite to eat along the Hudson River? X2O? Half Moon? Red Hat on the River? The Day Boat Café? The Boathouse? A decade ago, none of these summertime staples would have been an option. The Hudson was not where we went to have fun. The river wasn’t for recreation—it was for work. (Not glamorous work, either—Riverkeeper called it the 'region’s sewer.') The water was polluted, the sites were choked off from the rest of the county, and it still had the workhorse vibe of lingering manufacturing industries, many of which had already taken flight, leaving chemical-filled messes in their wake."She Checked It Out
A Q&A with writer Marilyn Johnson: "The old stereotype of the librarian with the tight bun, horn-rimmed glasses, and finger pressed to her lips in the 'shhh' position has been shattered. Now, you’re more likely to see librarians with tattoos, funky haircuts, and blogs that—rather than being meek and reserved—actually are quite loud-mouthed and opinionated. Marilyn Johnson, Briarcliff resident for the past 24 years, is one of the writers to shatter the fussy old preconception about librarians. Her book, This Book Is Overdue!, published in February, chronicles the work librarians do today, from getting the library plugged in to fighting the Patriot Act."Happening Holidays
A round-up of holiday events outside of the usual performances of Handel and The Nutcracker: "People often forget that A Christmas Carol is one of the best ghost stories of all time. If you love Christmas/Halloween mash-ups, like The Nightmare Before Christmas, and want to see the Dickens tale become even more ghastly, the Westchester Broadway Theatre has a new show just for you. A Sleepy Hollow Christmas Carol, adapted by Jean-Paul Richard, weaves together A Christmas Carol and The Legend of Sleepy Hollow. In it, Scrooge, played by Mamaroneck’s John Treacy Egan, is visited by Washington Irving, Rip Van Winkle, and the Headless Horseman."Totally Goth
A review of a local production of Jekyll & Hyde: "Behind every great man there’s a great woman and, in the case of split personalities, there are two." Four Questions For...David Harbour
A Q&A with an actor in The Merchant of Venice and The Green Hornet: "'Al Pacino is a real gentleman—generous and gracious. He’s really grounded in being an actor and loves working on scenes. But, on stage, he’s like an untrained animal—you never know what he’s going to do.'"Hepladock the Mylagoat
An item about a locally produced game that uses nonsense words: "'People think the hardest part of being an entrepreneur is coming up with the idea, but it’s not—it’s getting the idea in front of people,' Phelps says. After the meeting with the buyer, Barnes and Noble agreed to stock 48 copies of the game. Today, five years later, Yamodo sells more than 30,000 copies per year through Barnes and Noble, Toys R’ Us, and independent retailers, as well as its own website (yamodo.com)."Book Clubs' Best Reads
A round-up of what local book clubs are reading: "Looking for a great book recommendation? Look no further than local active readers—the ones who go to their book-group meetings having actually read the books, not just to socialize."November Culture Highlights
Barenaked Ladies, Anna Deveare Smith, Kathleen Hill, and more.November Home Theater
The Kids Are All Right, Toy Story 3, The Pacific, and The Goonies.December Culture Highlights
Cyndi Lauper, Judy Gold, and more.December Home Theater
Inception, The Other Guys, Despicable Me, and Futurama Vol. 5.January Culture Highlights
Citizen Cope, Twelfth Night, the African American Writers and Readers Literary Tea, and more.January Home Theater
Genre movies: The Girl Who Kicked the Hornet's Nest, Machete, The Naked Kiss, Shock Corridor, and Justified.

Please click the links to read the articles in full. 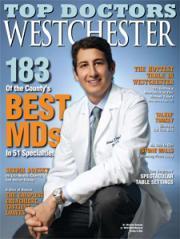