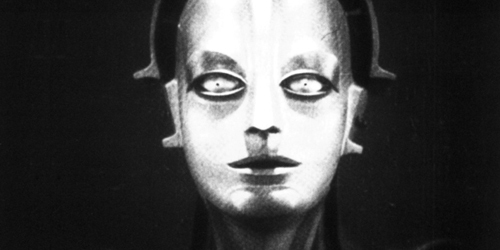 If There Was Ever a Movie That Deserved This Degree of Re-Examination, It’s Metropolis

"So, after 83 years of cutting and re-cutting, trying to piece together Lang’s original take we’re left to ask, Does the film live up to all the effort put in to save it?

Absolutely. Sure, on Kino’s Blu-Ray release, the newest 25-minutes of additional footage are scratched and grainy, and come in at a different aspect ratio than the rest of the film (the missing information is filled with black and gray bars), but that just underlines how gorgeous the rest of the film looks, filled with Lang’s soaring Art Deco towers and ornate cathedrals.

In fact, if there was ever a movie that deserved this degree of re-examination, it’s Metropolis. Every aspect of the movie is dense. The frames are full, sometimes with people (the DVD extras point out that 36,000 extras were used in the making of the film), sometimes with the light that bathes the saintly Maria, sometimes with smoke from the whirring machines. The story is packed with layers of symbolism. Sometimes machines are used as symbols for parts of the body, sometimes people are symbols as cogs in a machine, and on top of it all is a gloss of Biblical imagery. Even Gottfried Huppertz’s musical score—also restored to its original glory—swells and soars more often than it demurs. (Kino’s Blu-Ray is similarly exhaustive extras, mostly via a 50-minute documentary, 'Voyage to Metropolis', about the film’s making and restoration.)"

Read the full review on PopMatters.com.