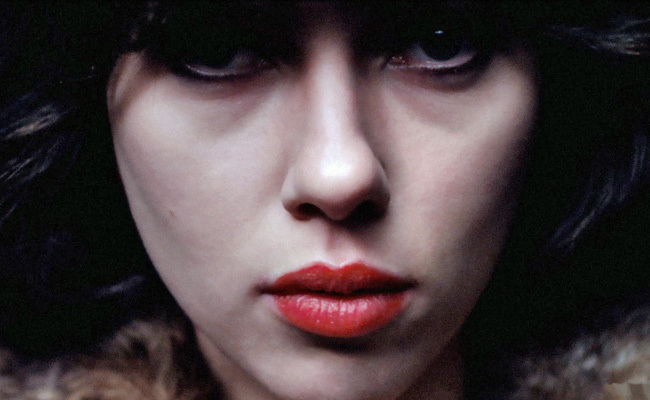 Mysterious Aliens and Inscrutable Humans: 'Under The Skin'
...We follow Laura as she drives around the streets of Glasgow in a van, luring and seducing men into her orbit, often to their detriment. For these scenes, Glazer uses a series of non-actors in largely improvised environments; the van is outfitted with up to 10 hidden-camera setups.

The result of these conditions—regular people having unscripted conversations in a natural setting without cameras reminding them they’re being filmed—should be naturalistic. However, they don’t entirely feel this way. While these scenes do feel authentic, Glazer heightens the action beyond the typical found-footage-style documentary. His images are more beautiful than something you’d expect from dashboard cameras. He also sets the scenes to a discordantly beautiful score by Mica Levi. You can feel the disconnect between Laura and the rest of humanity; everything feels distant and unsettled.

This is largely to the credit of Johansson. She’s capable of telegraphing both seduction and isolation simultaneously. She connects with the men she meets on the street, but you can tell that there’s an emotional disconnect. While there is dialogue throughout the film, Johansson is essentially giving a silent performance. The words that pass between her and the men are of no consequence to the arc of the film; they’re just to get the men in the van. The emotional core of the story—which comes more and more into focus as the film progresses—is almost entirely advanced through Johansson’s face...