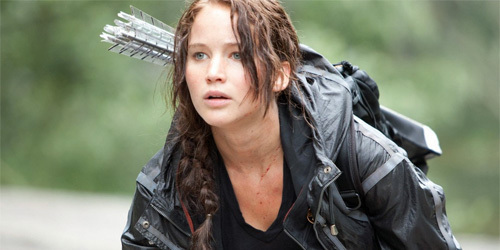 "The book covers a lot of ground, from wealth inequality to the media’s desensitization to violence. It’s a good thing, then, that the adaptation landed in the hands of a director as confident as Gary Ross. He understands that the movie should stand for itself, as opposed to functioning as a staged reading of the novel. The most important shift, and ultimately the most successful one, is the decision to liberate the movie from Katniss’s point of view. The movie is thankfully voiceover-free—which would’ve been a cheap, easy way to sneak in both Katniss’s reactions and Suzanne Collins’s words—and actors’ facial expressions are allowed to stand-in for pages of inner monologue. The universe of the movie unfolds without being over-explained. Ross trusts his actors’ performances to get across the information we need to know without necessarily saying it, and he trusts the audience to absorb all of the movie’s nuances without underlining every revelation and reaction." Click through to read the rest of the review at PopMatters.