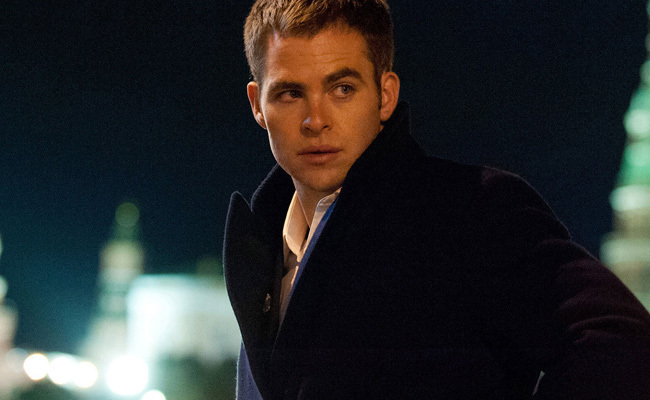 Forget Boy Scout; Jack Ryan Is an Eagle Scout to the Extreme
...All of this happens in what is basically the prologue to the actual events of the film, which show how the squeaky-clean Ryan, following his injury, is recruited into the CIA, first as a data analyst at a financial firm in New York City, and then as an agent on his first field assignment to avert an act of financial terrorism in Russia. As Ryan progresses up the ranks of the CIA, though, the story doesn’t get any more nuanced. Ryan is always the most observant, most competent, most morally upstanding guy in the room. The Americans are the good guys; the Russians are the villains. It is, like its airport-novel origins, pretty boilerplate.

For something so formulaic, though, Jack Ryan: Shadow Recruit is at least well done. Director Kenneth Branagh borrows from the best of recent thrillers. He throws in a Bourne-style fight scene here, a Mission:Impossible break-in-and-heist-sequence there, and some Zero Dark Thirty-like data analysis, along with a dash of his own classic, theatrical flourishes. (Branagh takes on the role of Russian baddie Viktor Cherevin, a cold-blooded killer who still makes time to talk about the novels of Mikhail Lermontov.)

With each of these sequences, Branagh changes his filmmaking style to match. The Bourne-like fistfight also borrows its director’s affinity for the shaky, handheld camera aesthetic. The longer heist scene has more fluid camera movements and quick cuts to ratchet up the tension. Throughout, Branagh makes everything sparkle: fluorescent lights of a city, reflections on smooth surfaces of modern architecture, blinking lights of a computer message. The elements of the story may be familiar, but everything looks shiny and new.