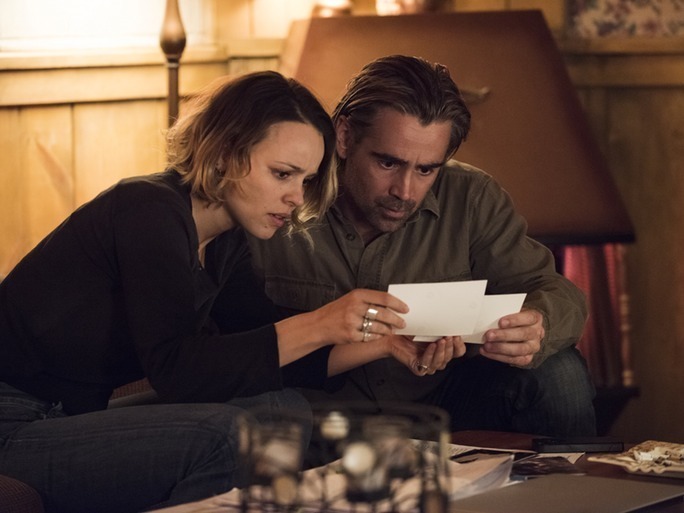 ...read way too much into the (possible) symbolic meaning behind Felicia, the waitress with the scars, on True Detective.

...learned I wasn't the only one with crazy True Detective theories.

...made a case for why Halt and Catch Fire deserves another season (love you, Cameron).

...speculated about some of the (many, many) cameos in Wet Hot American Summer: First Day of Camp ﻿and (fewer) returning castmembers for the last Teen Nick episodes of Degrassi.

...figured out the real-life musical inspirations behind Sex&Drugs&Rock&Roll, including Denis Leary himself and his previous hit single.

...explained how non-Stewart, non-Hamilton Dean Geistlinger fits into Stewarts & Hamiltons, and what his (surprisingly big) claim to fame is.

...researched who plays Jim Gaffigan's wife on ﻿The Jim Gaffigan Show﻿ (and how she compares to her real-life counterpart),who plays Fin's (replacement) daughter on Sharknado 3 ﻿(since you never know—the last daughter is now the star of the Jem and the Holograms movie), and who is the host of VH1's Twinning (spoiler alert: she's not a twin).

...found a clue that suggests Laura Prepon will return next year on Orange Is the New Black. (But will it just be a flashback/dream sequence?)

...explained to viewers what to expect from Spike's Tut.

...told fans of the brothers Winchester that they'll have to wait for a while still before Supernatural season 10 comes to Netflix, but there are other movies they can stream in the meantime if they need a fix.