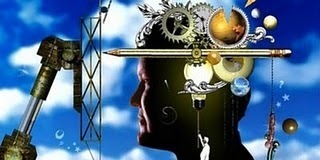 Another show canceled before its time:Andy Richter Controls the Universe: The Complete Series"While there are unbelievable moments involving kangaroo fights, sequined in-office song-and-dance routines, and Andy squeezing coal into a diamond, the characters on the show are always seen as realistic. Nobody is a moustache-twirling villain. The closest thing Andy has to a rival is his very attractive coworker, Keith (James Patrick Stuart)—who also happens to be one of Andy’s best friends and is an all-around nice guy. Life is just easier for him because he’s handsome, and Andy is understandably bitter about that, but the show stops there and doesn’t fall into the trap of turning Keith into a cartoonish, womanizing jerk. In fact, they go out of their way to give him some insecurity about his looks. (He has small feet.)"