Time Out New York does a great feature package on apartment hunting every year, and this time around I got to profile three East Village hunter/renters. (Each profile also has a slideshow of the apartment.)

I also got to hear (and retell) this crazy story about a major setback that occurred during one apartment search:

THE SEARCH: After looking on sites like Naked Apartments (nakedapartments.com), StreetEasy (streeteasy.com) and Craigslist (craigslist.org)—the latter of which can be “very misleading,” notes Hull—the three roommates found an apartment and signed the papers. “On our move-in day, [the broker] called and told us there was one guy still in the apartment,” says Van Brunt. “John and Tony went to talk to him. He opened the door with the chain on and said, ‘This is my apartment, and that’s why I’m in here and you’re out there.’ We were basically homeless for two weeks. We found another apartment managed by the same company on 9300 Realty [9300realty.com]. It was a nicer place, with a balcony, a dishwasher and washer-dryer, [in] a better location. We said, ‘Give us that apartment at the agreed-upon rent, even though it should be a little more, and prorate us [this month], and we’ll be fine.’ ”

Westchester vs. The City

For the September cover story, I wrote and edited a meaty package comparing Westchester County to New York City. The intro explains it this way:

"At some point, you made a choice between urban living and suburban living. For some of you, the debate between the two ended the second you put down roots in Westchester. Maybe you never had doubts to begin with. For others, the struggle continues within. Every time you pay your tax bill, you think that you may have been better off with a cute little condo in Brooklyn Heights. (But would you have had to give up your washer/dryer for the indignity of the coin-op machine in the basement?) Then again, when you notice that you inadvertently left the house unlocked—again—and return to find your possessions untouched, you might revel in suburbia’s relative safety, and congratulate yourself for making such a smart choice.

It’s time to put the debate to rest. We may wonder about it every day, but how does life in New York City really compare to our suburban Westchester existences? We pit urban and suburban living head-to-head, piling in as many of the pertinent stats and facts as we could, to put the arguing to rest once and for all. Here, our (completely unbiased) findings."

The rest of the package includes

...a comparison of housing costs in the two areas.
...a head-to-head match-up of amusement parks, public parks, music halls, historic houses, and art museums.
...a look at demographics and statistics.
...words from a chef about why he chose Westchester as the spot to open his restaurant (and a restaurant comparability chart).
...a comparison of crime statistics.
...a list of rejoinders to win Westchester vs. City cocktail-party spats.
...a side-by-side check of incidental costs, such as library fees or movie tickets.
...a Q&A with Westchester-to-City transplant Sloane Crosley.
...a look at the differences in commuting.
...a comparison of the retail landscape, with a list of which chain stores excel in each area.
...thoughts on how the NYC nightlife mostly trounces Westchester's, but how Westchester has more green space.
...three different first-person essays from writers who have lived in both areas.

Read the entire package by clicking through the links, or downlaod the PDF above.

How to Find a Deal

An article with tips on finding cheap apartments in New York City"Make direct contact
The easiest way to save money is to avoid paying a broker’s fee. 'Look for a building with a rental office directly on site,' suggests architect Hayes Slade, whose Slade Architecture firm knows something about affordable housing (it won an award for its design of a Brooklyn housing project in 2010). 'That way you can negotiate directly with the landlord and skip a real-estate agent fee.' In order to ditch online searches, Slade recommends walking the streets of your desired neighborhood and looking for offices and for rent signs. That’s how investment banker Jessica Gutierrez found a studio she loves in Battery Park City. 'Ask doorman,' she says.'“I would first ask if this a condo or is there a leasing office. If it was a condo, I would ask if they had a list of owners renting out their apartments. At the ones that did, I would leave my business card, and I got a lot of callbacks from owners renting their apartments themselves.' Victoria Hagman, president of the Brooklyn-focused agency Realty Collective, hit the pavement too. 'When I was looking for an apartment,' she says, 'I would go to moving sales every weekend and ask, "Has your landlord found someone to take your apartment yet? Can I see it?”' For more tips, look for Realty Collective’s new apartment-hunting classes at the Brooklyn Brainery (brooklynbrainery.com; next class May 16, $10)."Read the rest of the article--including a final thought from The Rent Is Too Damn High's Jimmy McMillan--at newyork.timeout.com. 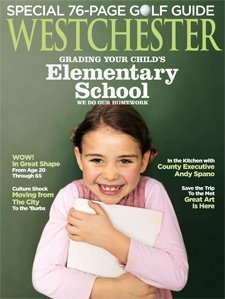