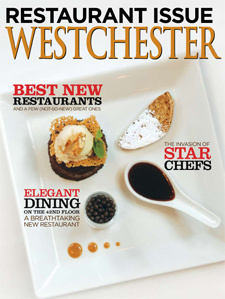 Mmmmm...all about food.Parti MardiHow to throw a real Mardi Gras party: "Looking to celebrate without buying a ticket to Nawlins? Consult our no-fuss, do-it-yourself guide to all the beads, booze, and beignets you’ll need. Just try to keep your shirt on."Book GroupAdvice for mid-winter reading: "From Russell Banks, the writer who previously brought us such memorable downers as Affliction and The Sweet Hereafter, comes a tale about life in the Adirondacks during—how fitting—the Great Depression." (It's the fourth item.)
Great Places, New FacesA round-up of new players in the local culture scene, including local maestro Itzhak Perlman. (It's the ninth item.)
Arts & Entertainment Flamenco dancing, Eaglefest, and more.

Today PopMatters released its ranking of the 30 best television shows of 2007. Unlike the film list—where I learned that my favorite films of the year just squeaked onto the list at spots 29 and 21—my TV write-up rose to the No. 1 spot! I'm glad I'm not the only one in love with Pushing Daisies.High Redefinition: The 30 Best TV Shows of 2007"Never before has a show so consumed with death been so darn perky."It's also time for some mid-season debuts, and with the writers' strike on, it's a weak field. I scraped one review out of the bottom of the barrel.The Celebrity Apprentice"Both teams act like they’re extremely serious, and all pay due deference to Mr. Trump. This even if some of these celebrities are bigger brands than The Donald, at least among some viewers. (In my college dorm, I saw lots of copies of 1974’s Kiss, fewer of 1988’s The Art of the Deal.)"

One of the best things about being an entertainment writer is getting to influence the rankings in collaborative year-end lists. (I don't think The Host would've made it on the list below if it weren't for me.) PopMatters just published its ranking of the 30 best films of 2007, and I got to weigh in on a few of them.A Gallery of Good Works: The Best Films of 2007I contributed three blurbs to the countdown:No. 29 (save the best for second-to-last), for The Host: "Most foreign monster movies come with at least some degree of kitsch built in, and with that comes a distance that keeps audiences from ever being fully involved in the story. With The Host, South Korean director Joon-ho Bong annihilates that boundary."No. 21, for The Assassination of Jesse James by the Coward Robert Ford: "Brad Pitt and Casey Affleck both give quiet, obsessive, breathtaking performances: Pitt as the charismatic-but-paranoid celebrity outlaw, and Affleck as his profound wannabe."No. 3, for Ratatouille: "That one scene is enough to remind you that, for all of their snazzy rat’s-eye-view tracking shots, artistic renderings that make Paris look like the confection it is, and lovable characters with populist-not-preachy messages—none of which is a small feat to pull off—the true magic of Pixar is the ability to instantaneously leave all that behind for one moment so emotionally involving it can stop your heart for a second."Coming Soon: PopMatters' list of the best TV of 2007! 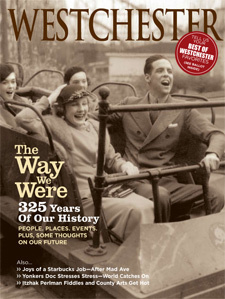 The Cleaner of Seville

A short, front-of-book article about the man who cleans all of the costumes for the Metropolitan Opera: "The show must go on—and go on without sweaty, makeup-stained costumes—and someone’s got to take those gowns to the cleaners."Arts & EntertainmentJoyce Carol Oates, a new children's play, and, my favorite, an item about Styx.Look for more in February!

I just started reviewing concerts for the cultured folks over at Beyond Race Magazine. My first article is up, about the riotous NME tour with the 1990s, Art Brut, and the Hold Steady (a band I'm completely obsessed with).Art Brut and the Hold Steady: Almost Killed Me"Perched way out on the Western edge of Manhattan sits Terminal 5, a cavernous venue whose name is more than appropriate for the last stop on a rock ’n’ roll tour, as was the case on November 21 when Art Brut and the Hold Steady wrapped up the NME Rock 'n' Roll Riot Tour. At first, the venue almost seemed too big for the bands contained therein: some of the vocals were swallowed up by the expanse of space, a shame for two bands who, with openers the 1990s, are all such superb lyricists." 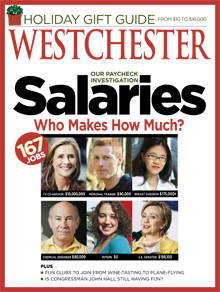 My Q&A with Terry George, writer/director of Hotel Rwanda and member of the 2007 Writers Guild MBA Negotiating Committee, about what it's like to be on strike.From the Front Lines"[Without the strike] we'll just be wage slaves for the studios who turn what we do into what I call the Frank Perdue treatment. They'll repackage our shows onto the Internet and into webisodes and little DVD box sets and every other kind of permutation they can think of to make money, and increasingly we'll be cut out of it."

I'm a big fan of offbeat, improv-style comedy shows. See what I thought of some recent outings.Human Giant"The television incarnation of Human Giant came with its own built-in cred and a cult following of indie tastemakers already familiar with the comedians’ work.The best thing MTV could do to cultivate this fan base was stay out of the show’s way, and for the most part, it did."Acceptable TV"In the wake of Internet monsters like YouTube and MySpace, VH1’s Acceptable TV has come up with a trendy gimmick: it’s interactive. This premise sounds innovative and exciting in theory. In reality, the show is… acceptable."Stella: Season One"Stella—not a sketch comedy, not a sitcom, and certainly not the Marx Brothers—forges a brand of television comedy all its own." 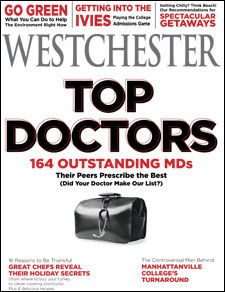 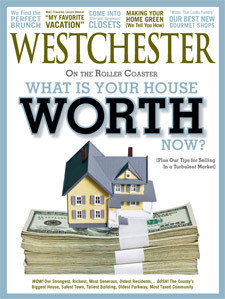 My All-Time Favorite Best-Ever VacationWhile I only did minimal writing, I commissioned and edited these five essays. Writers include fashion designer Josie Natori, home-design guru Chris Madden, and a slew of local authors.Arts & EntertainmentVienna Teng, anyone? I also highlighted performances by the Last Comic Standing crew and Tim Robbins's Actors Gang.