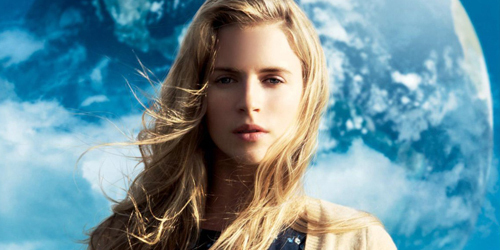 "Too often characters in movies reveal too much of themselves to each other, or describe exactly how they’re feeling to each other. Another Earth never falls into this trap. John doesn’t come out and discuss his dead wife and child with Rhoda, and Rhoda doesn’t talk about her time in prison. Those experiences weigh heavily on them, but go unremarked upon. They exist in the background, like Earth Two. Other times, though, it feels as if Another Earth somewhat squanders its best idea. Once the concept of Earth Two is introduced, the mind races with questions: How similar is it to Earth One? Is there a second version of me on the planet? If yes, is that person identical to me, or are there differences? If there are differences, who has the better life? Another Earth raises all of these questions without really exploring them. Instead, it spends all of its time on Earth One, detailing a story about grief, loss, and guilt—a story that’s not as original or intriguing as the double-Earth conceit." Click through to read the rest of the review at PopMatters.