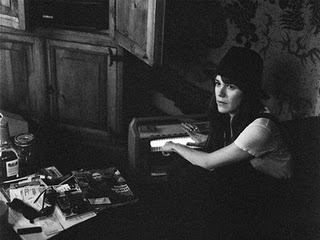 I can't believe it's taken me this long to see a show at the Apollo Theater. But, after seeing Jenny Lewis (and surprise opening act Sarah Silverman), it was worth the wait.Jenny Lewis @ the Apollo Theater"Both of Lewis's albums push her vulnerable, feminine side to the forefront, showcasing her crystal-clear voice in some heartbreaking harmonies. (For her first album, Rabbit Fur Coat, country duet the Watson Twins provided her backup; on Acid Tongue, she features a rotating series of singers, including actress Zooey Deschanel.) On stage, however, Lewis surrounded herself with a band comprised mostly of men—with the exception of, surprisingly, her drummer. This lineup gave a harder, tighter edge to Lewis' sound."